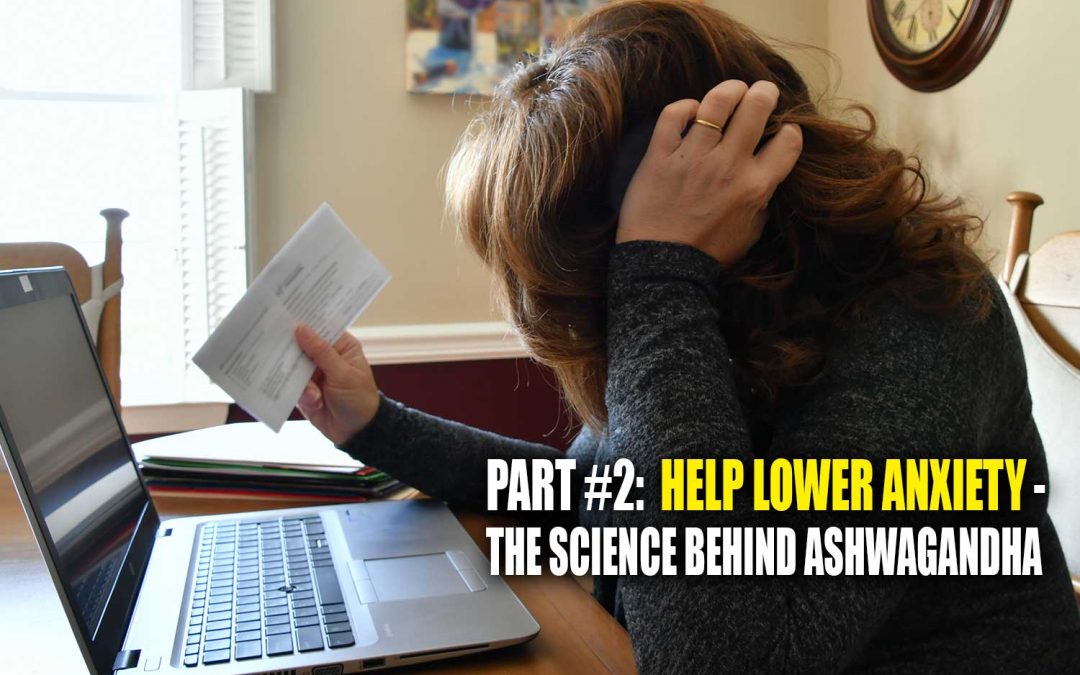 Now we’re going to dive in even more in-depth on what occurs in the human body when one takes Ashwagandha. It’s essential to understand this, as Ashwagandha’s chemical and physiological effects on various systems across the human body is what brings about this herb’s healing and soothing effects.

Much of the efficacy of Ashwagandha comes down to free radicals. Your body turns the nutrients in the food you eat into the energy your body needs to function. The “usable energy” has a specific scientific name, i.e., “ATP.” ATP molecules are the “energy units” of the body.

When ATP molecules are used, they give off a burst of energy. That energy burst powers our cells, and by extension, our entire body. The electron transport chain brings on this energy burst. The electron chain involves a complex series of chemical reactions.

Excess electrons are one of the byproducts of the electron transport chain. Unfortunately, in a tiny percentage of events (.01 to 2 percent of electrons passing through the electron chain), there is a glitch in which a free radical is created. Free radicals are harmful chemical compounds made during an ATP energy release.

Let’s look at this differently. Free radicals can be likened to the chemical emissions given off by a car. They are a harmful byproduct of function. Free radicals cause havoc within the body, binding with other chemicals that they should not bind with, even damaging DNA and causing cell death on a molecular level.

If enough free radicals are allowed to build up within your body, they can attack the electron chain, effectively diminishing the body’s ability to make ATP from the food that you eat.

And free radicals don’t just start in the electron chain and ATP-production system either. Free radicals can result from external factors, too, like too much exposure to the sun.

This is why it’s essential to be mindful of the food you eat and the external environments you spend your time in.

Your Body’s Defense Against Free Radicals

Thankfully, the human body has an antioxidant system built-in (referring to your body’s defense system that is designed to tackle and reduce free radicals). Furthermore, there are supplements that you can take to give your body assistance in decreasing free radicals, such as vitamin C, Vitamin E, Zinc, and Copper, to name a few.

However, if your body’s natural defense system is not functioning correctly to keep free radicals at bay, and if you’re not taking the right supplements to boost antioxidant function, free radials could be wreaking havoc on your body on a molecular level.

There is one more point to consider before examining how Ashwagandha plays a role in making your body much healthier.

When a body’s natural defense responses are hampered, one of the most common causes is inflammation. Inflammation can occur as a result of anything from an injury to an allergic reaction.

The body’s inflammation response is one of the oldest protective reactions in humans.

When free radicals are not kept in check by antioxidants, that causes the immune system to kick in (and that’s because the body thinks a pathogen is attacking it). That’s why the immune system increases its function, which then brings on an inflammatory response.

Just like how an allergic reaction can cause inflammation on the outside of your body, a higher concentration of free radicals within the body can trigger low levels of inflammation inside the body.

The human brain is particularly susceptible to even the slightest amount of free radical increase (and the resulting inflammation that comes with it).

For example, specific proteins (called “C Reactive Proteins”) surge within the brain during inflammation, and there is a direct connection between surges in such proteins and increasing stress levels.

A Look at the Biochemical Capability of Ashwagandha

This is where Ashwagandha comes into play.

After 60 days of consuming Ashwagandha, study group participants were found to have reduced levels of C Reactive Proteins.

When C Reactive Proteins in the brain increase (the result of inflammation from a free radical surge), stress levels, anxiety, and depression go up.

When Ashwagandha is consumed regularly, the amount of C Reactive Proteins in the brain decreases, inflammation goes down, free radical destruction is brought down, and stress levels, anxiety, and depression are reduced. What’s genuinely monumental about Ashwagandha, then, is that this miraculous little plant can have multiple beneficial health effects on your body!

Through its positive effects on stress levels, Ashwagandha has also been shown to reduce other harmful side effects of stress. For example, Ashwagandha can lower blood pressure and heart rate, and it can increase social function and motivation. And last but not least, because oxidative stress (the effect of free radicals) has been linked to degenerative diseases like Arthritis and Parkinson’s, it’s safe to say that it’s possible Ashwagandha can improve life expectancy and general health outcomes. Ashwagandha may even have cancer-fighting abilities.

Finally, Ashwagandha has also been proven to boost testosterone, muscle growth, and male fertility. In one study (compared to the placebo group), a group of weightlifters who consumed 600 milligrams of Ashwagandha for 60 days were able to lift more weight. Furthermore, Ashwagandha has an additional benefit for men in that it promotes muscle growth. It helps decrease cortisol (cortisol has a direct effect on reducing strength and muscle consistency in addition to causing stress and depression).

We created our Ashwagandha product to help our customers reduce the effects of stress, depression, and anxiety. Our Ashwagandha also has the potential to reduce the impact of free radicals, a significant, lasting health boost!

While we are not medical practitioners and we cannot make medical promises, we’ve had thousands of customers tell us about the beneficial effects of taking our 100% Natural Ashwagandha Extract. Try a bottle today, and let us know what this miracle of nature does for you!

Health and wellness to you,

RECEIVE 10% OFF YOUR FIRST ORDER!

Thank you for subscribing! 10% OFF Coupon Code: FIRSTORDER10